espacio islandia uses its own and third-party cookies to offer a more personalized service. If you continue browsing, we understand that you accept our cookie policy.

Shen Lu’s microResidency was carried out in parallel with other three microResidencies. It’s part of the Project 4 Faces microResidencies Exhibition, which took place at Four-Face Space Art Center of Luodai, Chengdu (China) from 4th to 6th July 2014.

Resulting artwork is part of an exhibition at the space quoted, that will be opened from 13th July to 26th August 2014

Proposal (text sent by the artist)*:

“Specific details of the operation:

1 Recent newspapers collection (according to the actual situation, due to financial constraints and newspaper collection, the main newspaper for the past few years), the newspaper ahead of sorting, cutting a good stand.

2 Newspapers mainly reflects China’s political and livelihood as well as major events in recent years, such as earthquakes, food safety, corruption, etc. Trying to get people to reflect reached by comparing the effect of the content.

3 The tidy newspaper glued to the wall ahead of part of the remaining part of the site to paste, and invite the audience to participate. 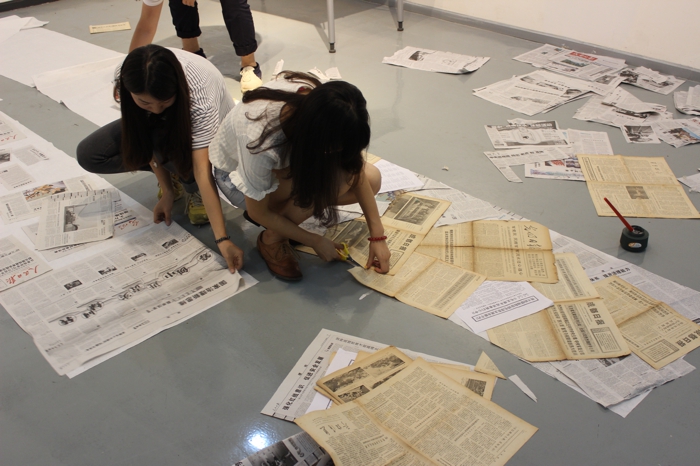 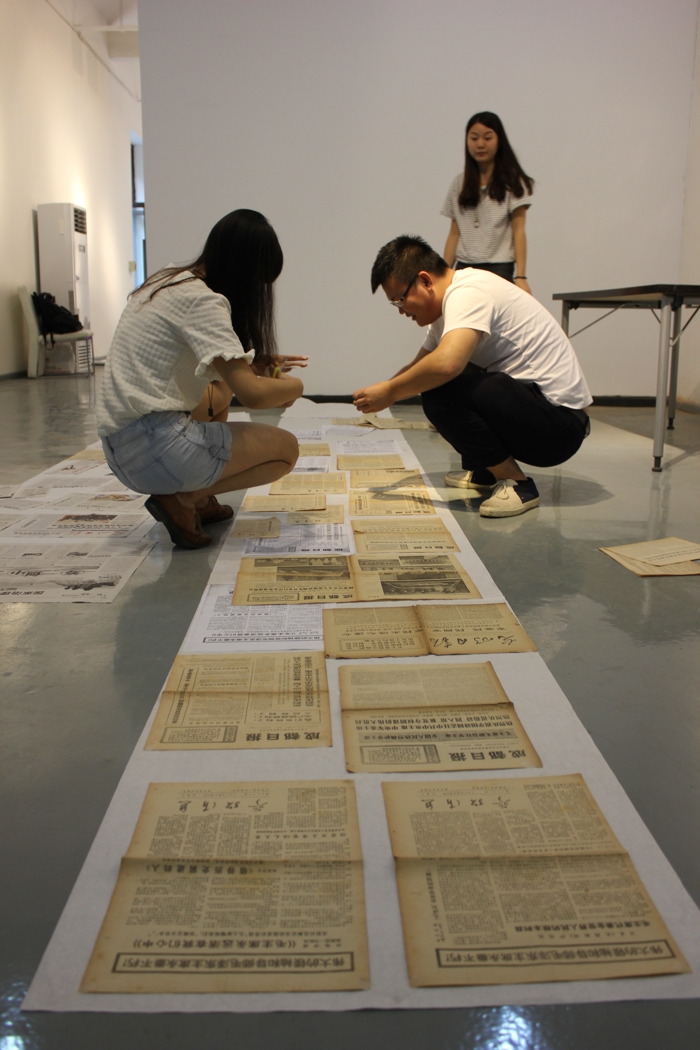 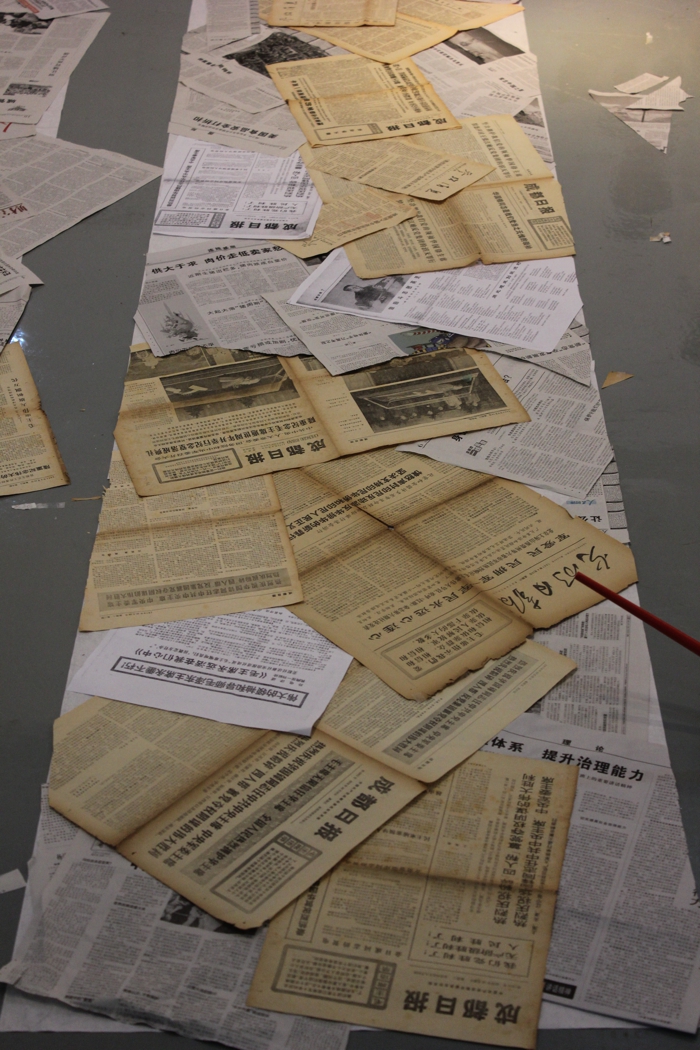 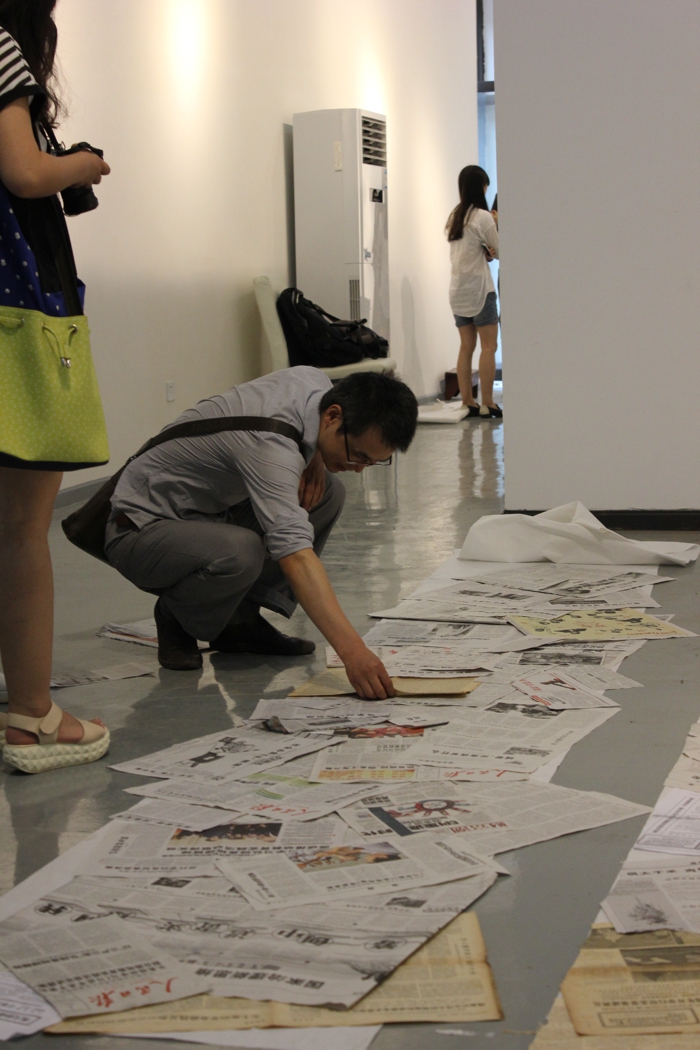 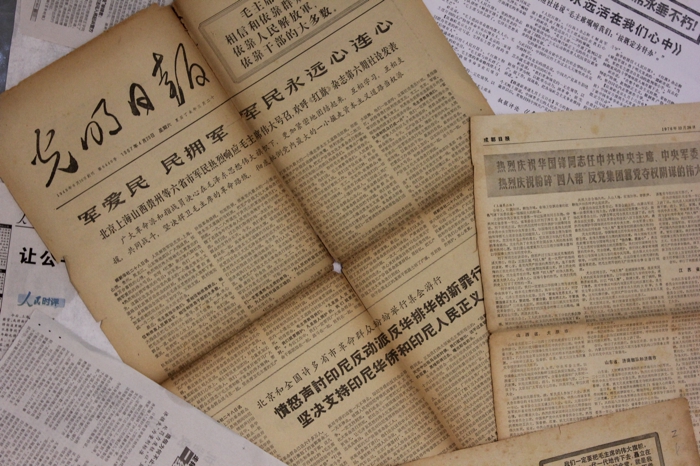 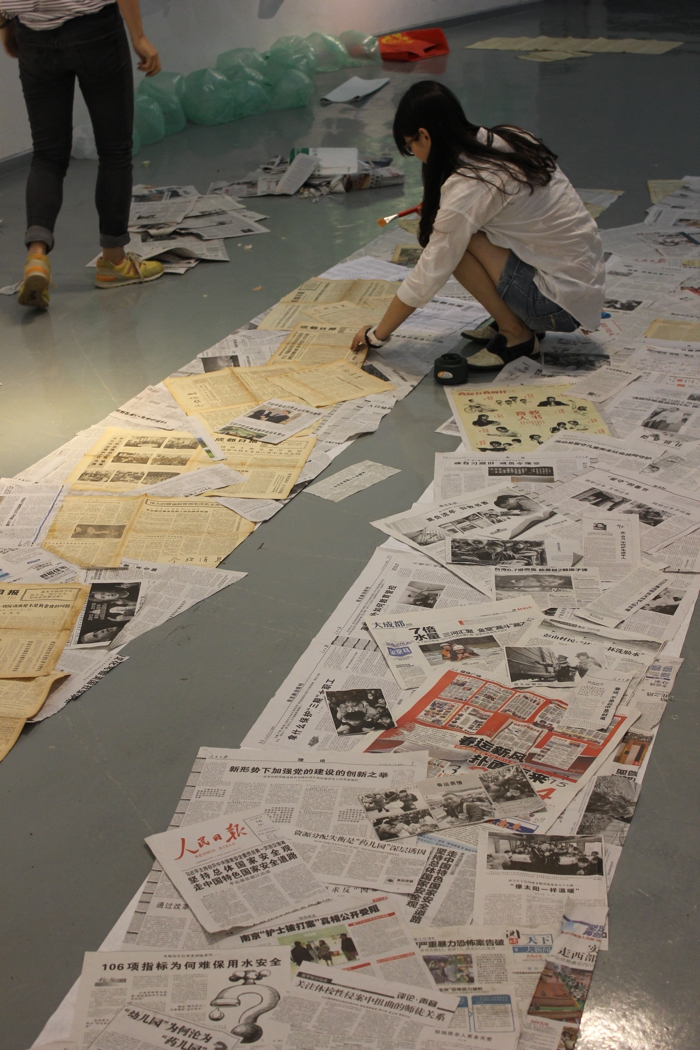 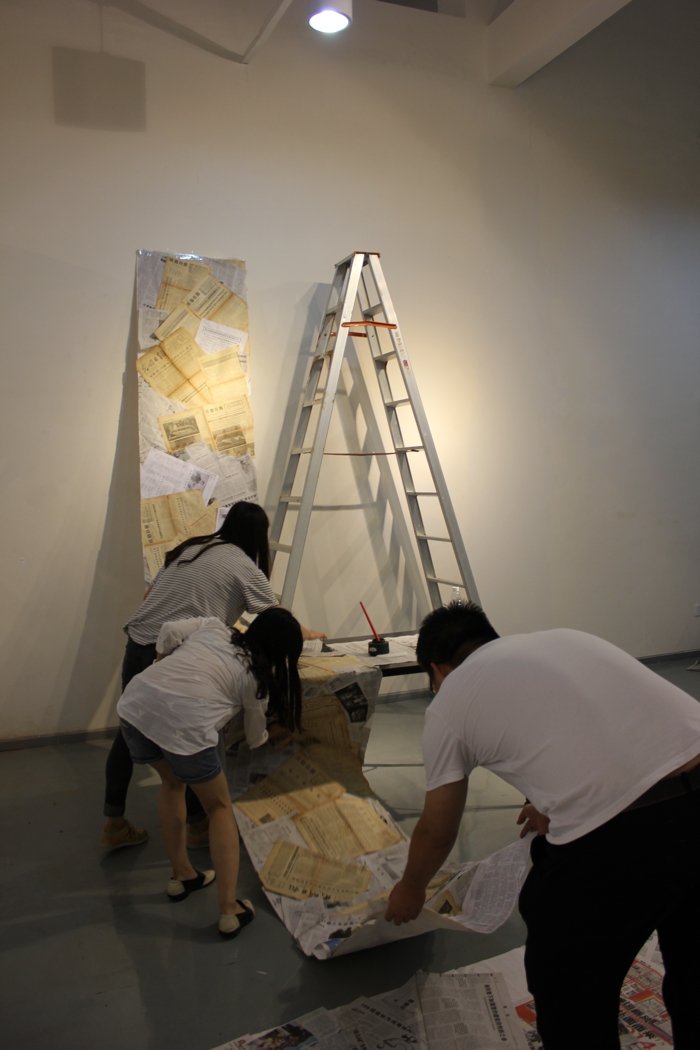 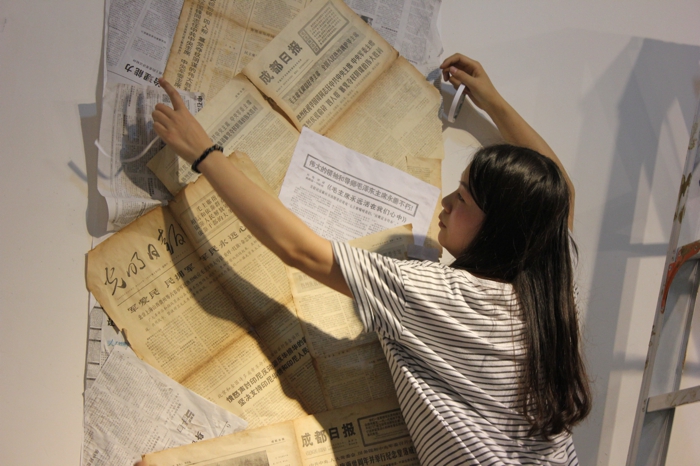 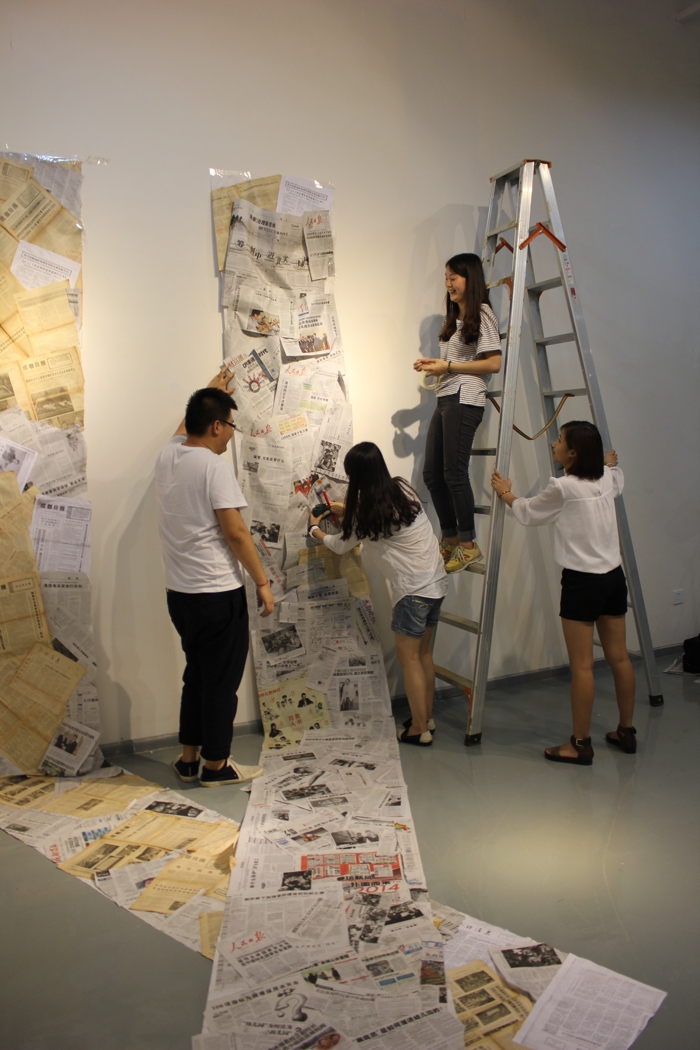 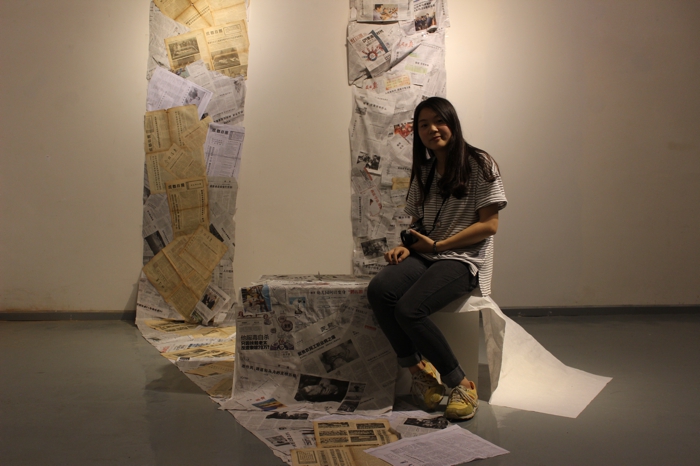 4 Faces microResidencies Exhibition is a project organized by Espacio Islandia, Four-Face Space Art Center, teachers and students of the Fine Arts College of Sichuan University. It is supported by the Spanish Embassy in Beijing, Instituto Cervantes in Chongqing, Chengdu Longquanyi Distrit of C.P.C., Culture, Sports and Tourism Bureau of Longquanyi District in Chengdu.